For 2015, the Volvo of body protection adds a MIPS-equipped version of their love-it-or-hate-it Octal helmet. The MIPS debuted at the Vuelta a Espana and remains laser-focused on keeping your brain as protected as possible in the event of a crash.

MIPS is something I’ve worn extensively for the past two seasons on the POC Trabec Race MIPS. The technology provides an extra measure of protection in rotational crashes — which, logically, encompasses most crashes that occur. Just a few millimeters of movement in less than a blink of an eye has been proven to reduce brain trauma.

“When a boxer gets caught by a punch, unprepared, he gets knocked out. Now, take that same boxer and give him a split-second to prepare to take the punch, he’ll take it in stride.”

While MIPS is awesome protection in case of a fall, POC remains focused on visibility. Being seen on the road is important and I was told that POC’s Zinc Orange color (seen below) is 5 times more visible than typical helmet colors.

So, there you go… Octal AVIP MIPS, my friends. It will keep your noggin intact, but for a premium $349 price. 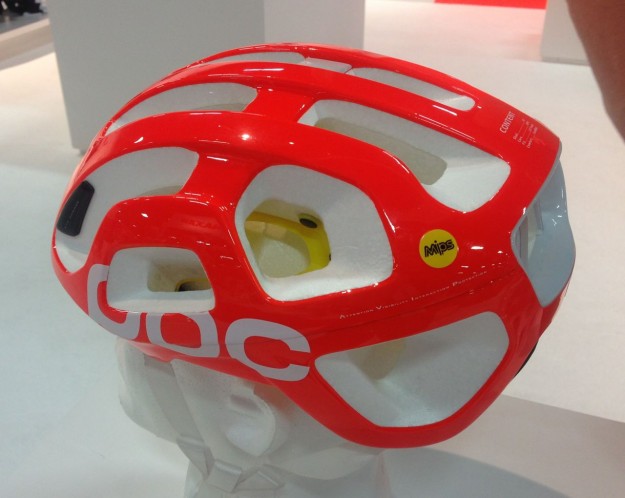 Throughout the 2014 season, team Garmin-Sharp, sported the POC Octal helmet. The new lid was polarizing, to say the least as many cyclists immediately dissed the helmet for its chunky looks while others were embracing the added safety it provided. Either way, that attention has certainly been a boon for POC as their helmets are selling at a brisk pace.

The addition of the MIPS system to the Octal is a natural progression and team riders were seen wearing the new version at La Vuelta a Espana. It’s easy to spot the MIPS version with its white foam lining. 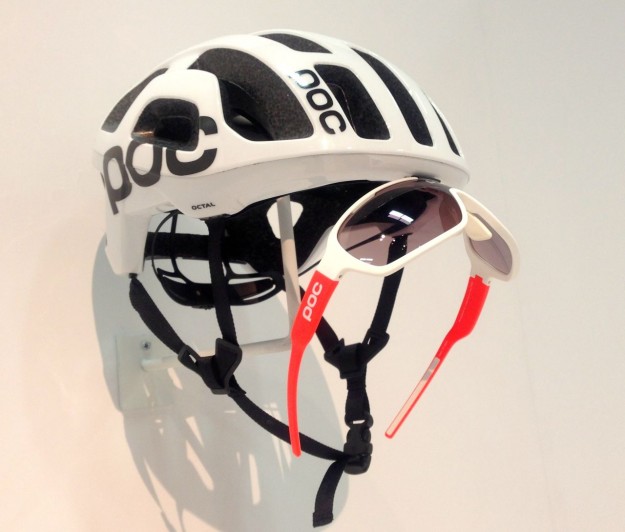 For pro riders, changing light conditions — including tunnels — can present serious challenges. With POC Eye Park, magnets allow riders to pop the sunglasses up, temporarily, to gain better visibility in low light. More seamless integration is forthcoming, but this is cool for those riding in variable conditions, like tunnels, overpasses, etc.