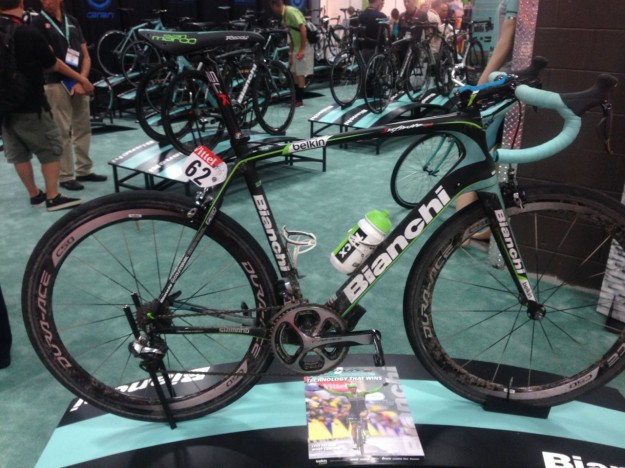 Stage 5 of this year’s Tour de France featured a sloppy, cobbled course with steady rain and as much mud as a mid-November cyclocross race. The weather and the deteriorated conditions were such that they removed a couple of sectors of pave.

With all the GC contenders hanging on for dear life (and Chris Froome abandoning), team Belkin rider, Lars Boom took advantage. He drew upon his immense cyclocross skills and got into his element. Lars is a former cyclocross world champion (2008) and was the Dutch national elite cyclocross champion from 2007-2012, so the nasty weather and road conditions were right up his alley. 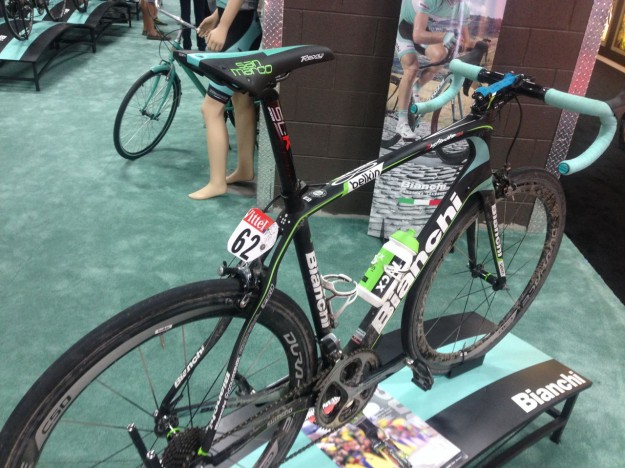 His tool of choice was the Bianchi Infinito CV, with its vibration-dampening Countervail Technology. This endurance frame has won numerous awards and is among the best in its class among a very capable field of modern endurance bikes. His actual stage-winning bike was on display — mud, grime and all. I’m told that this bike will end up in the Bianchi museum to be permanently enshrined. What a beauty!