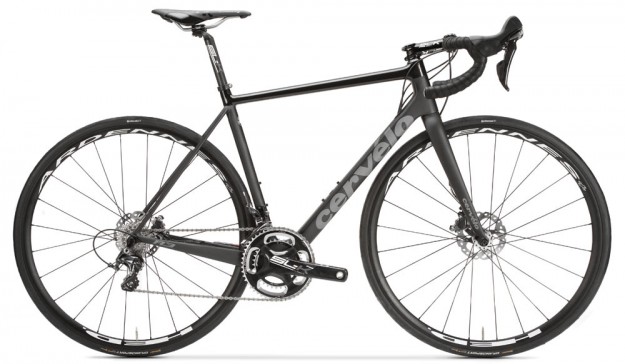 Without question, one of the hottest topics on everyone’s mind is road disc brakes. Every season we’re all spewing that this year will be “The Year of the Discs!” Well, for the past 3 seasons, we’ve been seemingly on the cusp and each year has been met with a new wrinkle.

First, we saw the SRAM disc brake failure, recall and re-launch, then we’ve seen a variety of axle standards and rotor sizes floating around. It has been a wild few years and smaller companies have been reluctant to hop into the fray. Throughout all that time, Cervelo has been undoubtedly testing and tinkering.

Hot off their previous World Tour sponsorship of Garmin Cervelo and into their current sponsorship of MTN-Qhubeka, they have had top riders and teams at their disposal for product testing and feedback. Because of that, we’ll likely see MTN-Qhubeka riders aboard the forthcoming Cervelo R3 before the season is over. Few frames have generated such consistent positive reviews as the R3, so a disc version will come with high expectations.