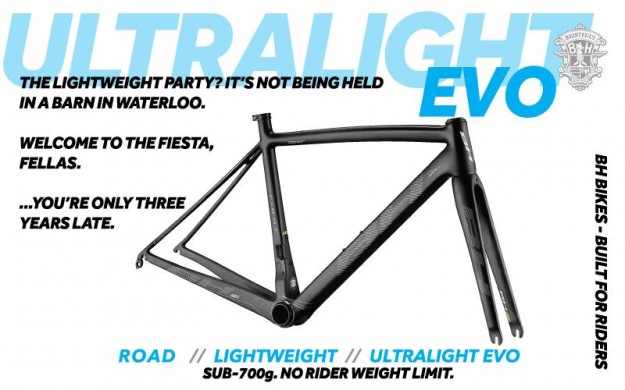 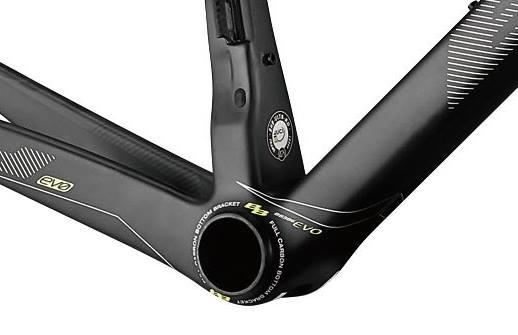 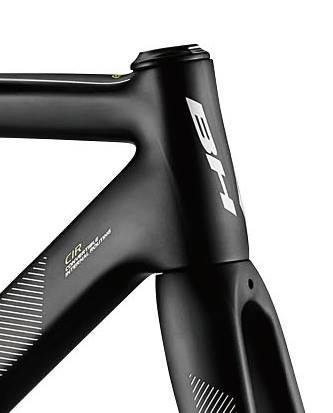 The 2015 BH Bikes Ultralight EVO is shaving weight and taking names. Little is known about the details until Eurobike, but the new frame is stated to drop from 750 grams to below 700 grams — putting it in a small group of ultralight framesets. More details will be forthcoming, but for now, you’ll have to be satisfied with the close-up of the BB86EVO bottom bracket and the UCI stamp.

Stay tuned for more info, images and specs as we get them.

Update 9/8/14: At Interbike, all the details will be released, but they are now stating no rider weight limit, so they are confident in the construction. And, they take a stab at the Trek Emonda (as expected).

And, we liked it so much, we’re giving it Best in Show.