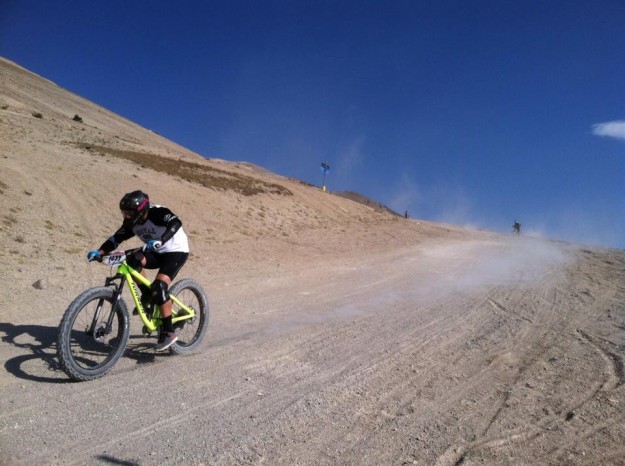 Dave Turner has always been one passionate dude who keeps doing things his own way. As one of the early believers in the DW-Link suspension design and still a straight aluminum tube kinda guy, DT is extending his expertise into the burgeoning fatbike market.

But, Turner doesn’t build hardtails, no-sir-ee. They build full-suspension mountain bikes. So, Turner is teasing their forthcoming King Kahn fatbike and it is not only sporting balloon tires, but it has squish at both ends. 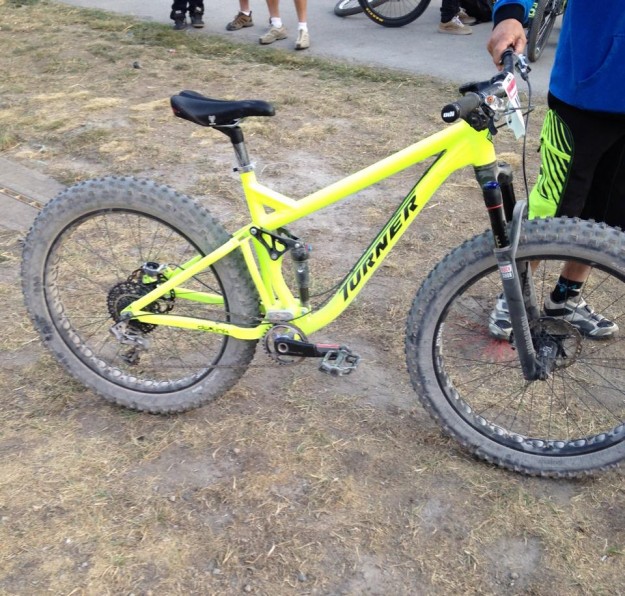 Turner is stepping into a fatbike realm where there are few competitors with the hope of attracting a few new customers while offering something different to their loyal fan base. Photos were first spotted on Turner’s Facebook page.

I reached out to Dave Turner and got some of the scoop on the King Kahn, including the specs that follow.

The known details on the new Turner King Kahn fatbike are few: