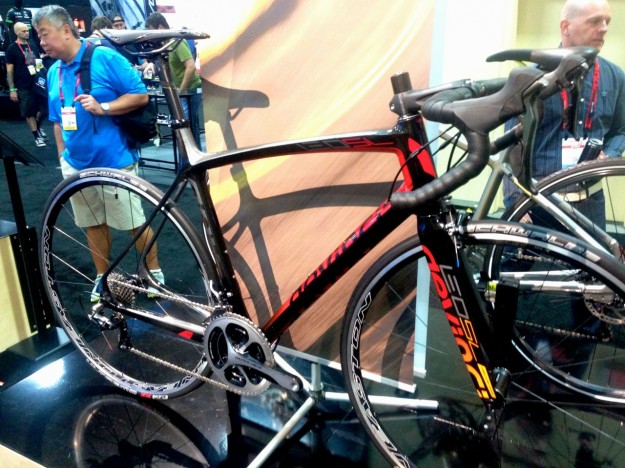 Heading into Interbike, the crew at Devinci were playing coy. I was told that the Leo SL was going to remain unchanged for 2015, but I was pleasantly surprised to see an entirely-new frame. At first blush, it looked the same and didn’t catch my eye, but upon further inspection, the whole package came into view. 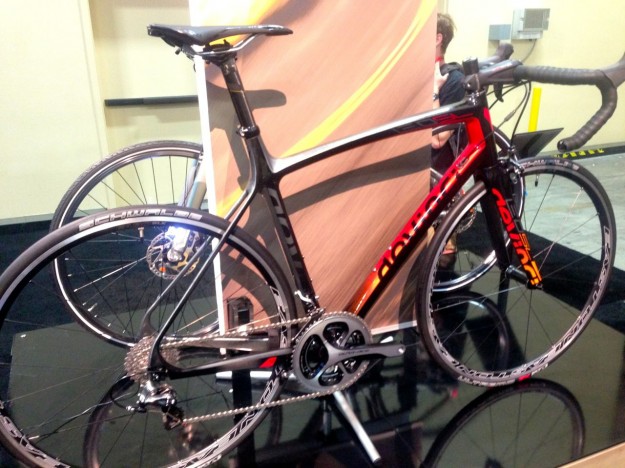 The re-designed Leo SL went on a diet and drops about 400 grams in the process. Stated weight for the frame and fork is 1143 grams, thus putting it on par with the competition in the all-rounder category. Geometry remains the same, for a capable all-day racer or gran fondo bike. They are hopeful that the 5-Hour Energy Team remains intact, but may need to seek another Pro Continental team for 2016. 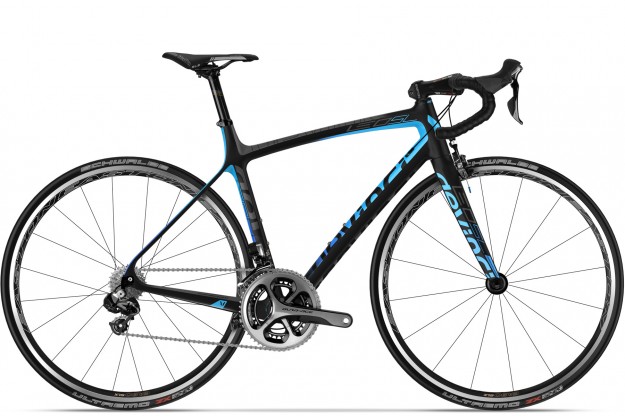 Back to the 2015 Leo SL. It is an impressive update that retains much of the trademark look of the previous version. It will be available in five versions with both Dura-Ace and Ultegra mechanical and Di2 flavors and a women’s-specific kit. The top-end build Dura-Ace Di2 sits at $8399 and the journeyman Ultegra mechanical build is $3499.

There are some marked feature updates from the outgoing to the new model:

Having tested the 2014 model and currently riding it with a full SRAM Rival 22 kit (that’s in for review), I’m pretty stoked on the improvements. The reduced weight should liven things up considerably and make the bike even faster. I’m a bit mixed on the direct-mount brakes as they can be finicky and the location is not ideal for servicing. 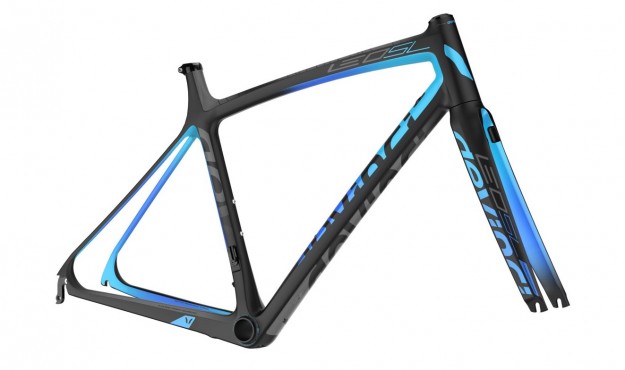 The weight reduction alone on the 2015 Leo SL are mighty impressive. Talk about a diet! The all-new frame is only 813 grams, which puts it on the cusp of super bike territory and most certainly among the lightest frames on the market. I’m told that a disc version is in the works — maybe for 2016. In the meantime, these changes really up the ante for Devinci’s road program.